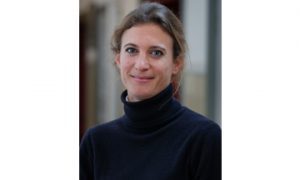 Aline Sierp, together with colleagues from the University of Siena, Sibiu and Krakow, has won a Europe for Citizen Grant funded by the European Commission. The project E-WORDS will run for 18 months and deal with the memory of the experience of ostracism.

E-WORDS addresses young European citizens, especially students, to provide them with a sound understanding of the historical & political processes which led to the rise of totalitarianism in 20th century Europe (Nazi-Fascism in Western Europe, Communism in Eastern Europe) & the subsequent ostracism of many citizens. To achieve this, E-WORDS will facilitate the dialogue between young Europeans & the witnesses of European past totalitarianisms, sharing their own remembrance.

Through an innovative analysis of key words, E-WORDS promotes reflection on what ostracism means today. It furthermore fosters debate on European cultural diversity and common values to promote peace, reconciliation, respect. For this purpose different activities are organized by the partners: webinars to facilitate debate, seminars to share testimonials by former prisoners, theatre performances, artistic labs, film projections, round tables.